Posted at 22:45h in All Club News, Cruiser Racing by PRO

Sunday’s race provided the best sailing conditions so far this season with a steady 8-10 knots coming in from the south and not a pair of waterproofs in sight. The fleet got away first time and although very bunched at the pin end soon split as they beat out to number 8 against the tide. A series of downwind/upwind legs along the edge of the Fairway followed by a  long reach up the East Channel to an EF1 finish tried to make the most of the available wind and tide.

With the “Away on Business” crew performing OD duties on “Romany”, (thanks Dave and Sheila for looking after us so well) and a few of our crews otherwise engaged, Cove boats were a little thin on the water. It was however great to see Niall Kelly’s Formula 28, “Wot Like” back in the water after an absence of well over a year, the “Bombora” boys (Paul Kenny and Peter Kavanagh) going well and Pat Hayes on “Minstrel”, both out for their first race of the year.

After a very enjoyable afternoon, The Titanic Trophy was won by Frank Doyle and his crew on Endgame, who took line honours and were first in Echo on adjusted time. Indulgence came 2nd, Split Point 3rd and Bombora, the highest placed Cove boat finished in 4th place. In IRC, Endgame again came in 1st, Indulgence 2nd, and No Gnomes 3rd, with the best placed Cove boat Wot Like finishing 5th just behind 4th placed Bandit. Full results are available here (click link). 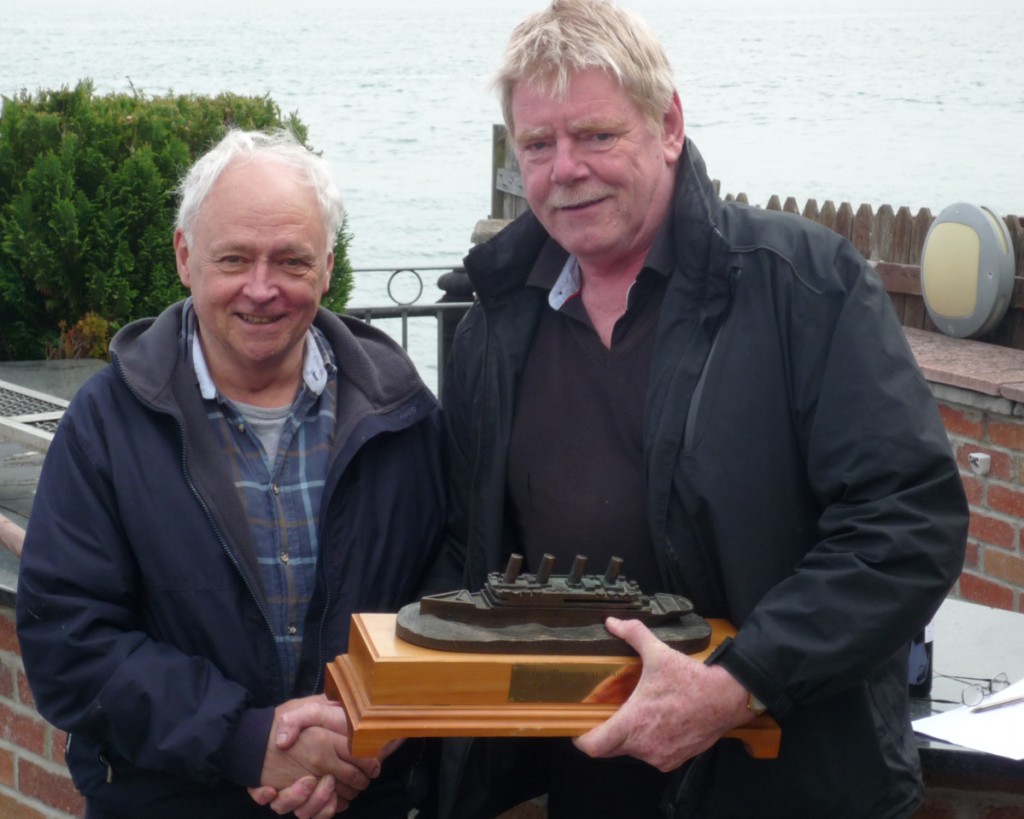 We would like to thank the large number of boats who came across from RCYC and especially those who also came back to The Quays Bar for the prizegiving after the race. We really appreciate this support and we look forward to trying to win our trophy back next year.

Claire Bateman has a nice write-up on both the Royal Cork Yacht Club website and the Afloat website which also has photos from Bob Bateman which are well worth a look (especially the one of Murph on Race Officer duty.)