Posted at 21:59h in All Club News, Cruiser Racing by PRO 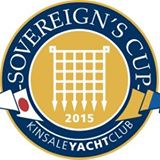 After much deliberation earlier this year KYC and ICRA announced in May the decision  to combine forces for a one off joint event in June 2015. The significance of the move is all the more as 2015 marks the 20th Anniversary of the inaugural Sovereigns Cup in Kinsale.

Entry form and details are available on their website (see link above) but it’s worth noting that KYC are offering early entry discounts and as well as the usual inclusive berthing fees for the duration of the regatta etc.. they are also offering an additional 5 free days berthing at the KYC marina which can be used by individual entrants at their own discretion any time before or after the event up to October 2015 – see website for full details.