Posted at 22:26h in All Club News, Cruiser Racing by PRO

Two Cove teams are heading up to the SB20 Eastern Championships at Howth Yacht Club this weekend. There are 6 windward/leeward races scheduled over the two days and results will be available on the HYC website.

At this point we are not exactly sure of the crews for this weekend but we do know the Kieran Dorgan/Jason Losty/Kate Nagel team, fresh from winning the Spring Warmer Series at Howth earlier in April is clearly worrying the local favorites and no doubt the newly formed SB20 partnership of Richard Marshall/Brian Carroll/Dominic Losty will soon be causing problems of their own up there.

We’d like to wish both boats all the best and hope you have a great weekend. 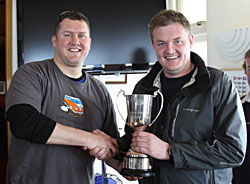